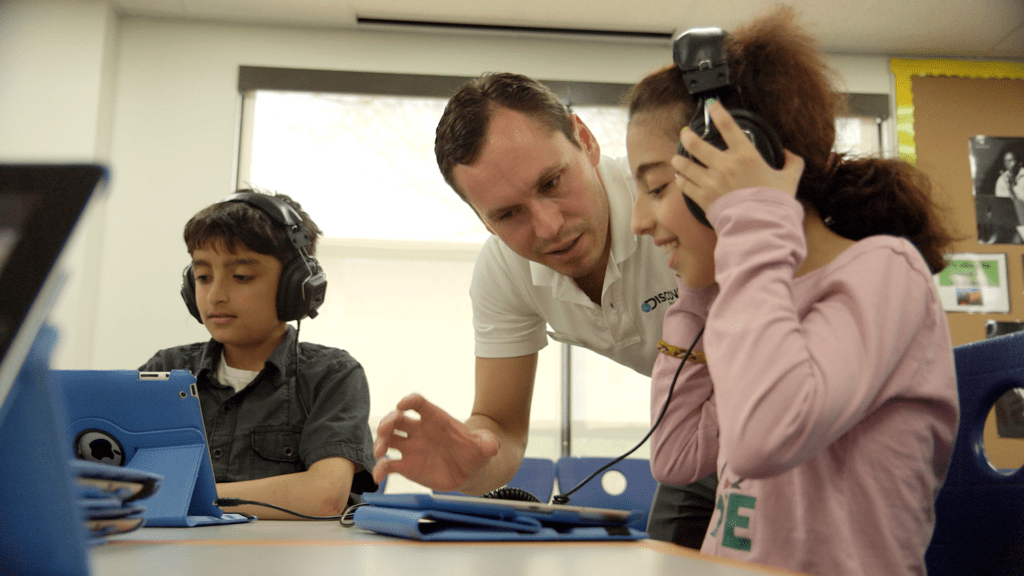 In 2014, Virginia Beach City Public Schools embarked on a radical digital transformation of its schools. This journey was timed to the arrival of its new superintendent, Dr. Aaron Spence, a native of the area who graduated from a Virginia Beach high school, returned to Virginia to help improve the lives of its students.

The diverse district is part of a community with strong military ties, and it has become known for being at the leading edge of sustainable education practices, entrepreneurship education, and career and workforce development. Despite these successes, Spence saw something holding the district back.

Spence is no stranger to digital transformation. He worked under former superintendent Mark Edwards as a principal during Henrico County Schools’ own digital transition, and in Moore County Public Schools, North Carolina, Spence launched a districtwide digital learning initiative. As a result, many of the first conversations Spence had with faculty members about their aspirations kept coming back to technology. Their desires for a technology plan that could provide more opportunities to students had been implanted before his arrival.

At the time, the district’s technology plan focused on network infrastructure and supporting existing goals, instead of what Spence was hearing from his faculty — using technology to transform the learning environment for students.

Another impetus for the district’s digital transformation came in 2014, around the same time Spence was getting his bearings as its new superintendent. A new strategic plan for the district set a high bar for academic expectations. Built into that goal was a mandate to create more personalized learning experiences.

Through Spence’s conversations with other educators, it quickly became apparent that a new vision for integrating technology in the classroom was starting to take root, aided by the aspirations of faculty across the district, and led by Spence and his administration.

“It all pointed to a very clear direction of what we needed to do,” said Spence. “We wanted more engaging learning environments for our kids.”

Spence said one area the district had not shined was in offering equitable education opportunities.

“Virginia Beach is considered to be a great district, but when you started to turn over stones, it seems it was excellent for some, and historically hasn’t always served others well, particularly as the demographic divisions have shifted,” said Spence.

“So we identified the need to focus intensely on the need of every student having rigorous learning experiences daily — not just some, or most of our students.”

Lessons like these proved to Amy Cashwell, the district’s Chief Academic Officer, that the timing for Spence’s arrival was serendipitous. Virginia Beach City Public Schools seemed primed for change. In scrutinizing their vision, they recognized that with their current infrastructure, they had unintentionally built roadblocks for themselves without realizing it.

“We knew we weren’t seeing transformation in the classroom,” she said. “It was really a great time to have a fresh set of eyes and reexamine how we were operationalizing our instructional technology plan.”

LAYING OUT A 5-YEAR TECHNOLOGY PLAN

In 2014, Spence and his team introduced a five-year strategic plan for Virginia Beach City Public Schools, which included a call to transform it from a primarily BYOD district to a true digital learning environment capable of empowering students to become 21st-century learners.

Reinforcing solid instruction has been the engine that drives the transformation at Virginia Beach City Public Schools, said Spence. The devices and technology are the medium through which the transformation happens, but it begins with sound pedagogy.

“I think technology has the potential to be a game-changer with what happens in the classroom,” he said. “But you’ve got to have great Tier 1 instruction that’s thoughtfully planned out by teachers and aligned with a rigorous curriculum.”

To create the foundation for future schools, Spence tasked Cashwell with phasing technology in more significant ways, so they could understand what digital learning could become in the district. This coalesced into what Spence calls anchor schools, effectively the field sites for testing digital learning initiatives. The district currently has 13 of these anchor schools, now in their second year of operation, all in 1:1 learning environments, armed with technical support, professional learning and a cadre of Instructional Technology Specialists (ITS). These specialists work alongside educators to help model the appropriate use of technology in a classroom setting.

Throughout this process, the district has been deliberate about selecting teaching resources for their curriculum that can be taught in a non-1:1 or a 1:1 environment. This safeguard is due to the current imbalance of technology throughout the district.

Science-fiction author William Gibson once said, “The future is here already, it’s just not equally distributed.” And while Gibson was speaking about the evolution of technology in general, the message rings true for the district’s non-anchor schools, where devices are used inconsistently, even with an abundance of them in a classroom.

Cashwell said the overall district ratio of devices to students is about 1.3:1. However, they aren’t equally distributed.

“The idea has been that through an intense focus in our anchor schools, we can shape some of those lessons about technology usage. We can empower the non-anchor schools to move forward in the right direction alongside them, and not wait around,” said Cashwell.

Now two years into the new strategic plan, district leaders have seen some substantive changes in their anchor schools.

“I think we’re seeing a rich integration of digital tools into a daily practice of engaging students,” said Cashwell.

Discovery Education’s Techbook, a series of digital textbooks, was among the new tools brought in to help educators reshape their approach to digital curriculum. The district launched Techbook in the spring for select schools and is currently in its first full year of implementation.

Cashwell said Techbook has helped reinforce solid Tier 1 instruction, which was at the heart of the districtwide pivot being made with its strategic plan.

“You need to have the right resources in play — resources that allow teachers to put into action what we’re asking of them with personalized learning, that allow there to be choice for students, that employ different learning styles. Tools like Science Techbook do all of that and help educators operationalize that kind of teaching and learning,” she said.

To support the Techbook launch and generate a public forum for teacher usage of the new tool, district leaders took to Twitter, creating the hashtag #VBDigitext. Educators who had great experiences with Techbook would share a picture and a story of their journey with others using the hashtag. It resulted in hundreds of posts, dozens of conversations, scheduled Twitter chats among educators, and in general, created the enthusiasm district leaders were seeking.

“By the time we formally launched training over the summer, many educators already had some excitement about Techbook,” said Cashwell.

REACHING OUT TO PEERS FOR HELP

When embarking on a digital transition of the scope of Virginia Beach City Public Schools’, it’s important to realize that district leaders can learn a lot not only from each other’s successes but also their failures. Superintendents across the country have been creating professional learning communities to guide them through their own transitions. Some of these networks are developed through organizations like AASA, The School Superintendents Association, which offers leadership development courses, a national certification program, and meetings with some of the nation’s most influential superintendents.

Spence is a member of the leadership team for the Consortium of Large Countywide and Suburban School Districts, which works in partnership with AASA to provide a forum for member school divisions to collaborate on issues of practice, benchmark key data points against other districts, and collectively focus on federal advocacy.

Participation in groups like these has broadened Spence and his colleagues’ vision for their district.

“Not only do these opportunities expand my professional learning and challenge me to share my own expertise with others, but I also really appreciate the opportunity to expand my network of colleagues across the country and develop thought partners who understand the difficult nature of the work and the challenges we face in the superintendency,” said Spence. “I’ve found the networking and collaborative practice model of this consortium to be invaluable.”

AASA’s Digital Consortium, hosted this year by Discovery Education and the Horace Mann Educators Corporation, provided select superintendents with a series of informative conferences and district visits across the country.

The consortium provides district leaders with the opportunity to work together and gain insights into emerging, successful models for using digital materials to support engaged, effective learning experiences.

No educator — regardless of their role in the hierarchy of a district — needs to operate in isolation, said Lance Rougeux, Vice President of Discovery Education’s Learning Communities Innovation. To succeed in today’s high-stakes climates, educators need a place where they can explore new ideas for their schools in a safe atmosphere with their peers, free from judgment or consequence.

“By participating in professional learning communities, district leaders are making new connections with each other, whether it’s in person or virtually,” said Rougeux. “They’re creating valuable, new relationships that can help them overcome any number of challenges they may face.”

Rougeux helps lead The Discovery Education Community, a professional learning network that helps connect school leaders with their peers around the world to share their wealth of knowledge. Since it launched in 2005, thousands of educators have joined the Discovery Educator Network (DEN), a passionate group of leaders who share their stories of teaching with digital media, share resources, and network at nationwide conferences.

“What I love about these experiences, including membership in the AASA Digital Consortium, is the exposure not just to what has worked but the opportunity to reflect on lessons learned from those who have been in the vanguard of this work. I also appreciate that the learning doesn’t stop with what has worked, but that these conversations also focus on emerging theory and practice,” said Spence. 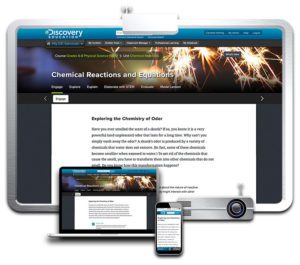