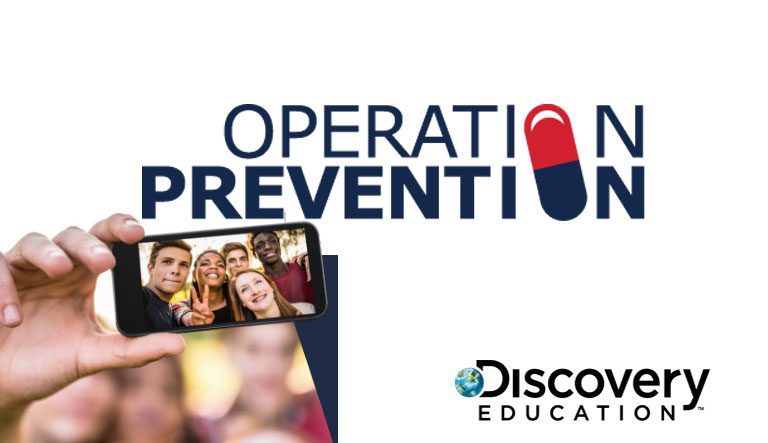 — Utah teen to receive $10,000 for his public service announcement on dangers of youth opioid misuse —

Teenagers across the nation were invited to submit 30-60 second video public service announcements that capture their unique voice in order to communicate the opioid epidemic as a national crisis. In “Waiting to Die,” Christensen connects peer-to-peer by displaying self-talk that can lead to poor choices teens later regret. His character in the video urges viewers to “please don’t make the same mistake.”

“Having to operate the camera while being the actor is challenging, but incredibly satisfying when I see my finished product. I hope that through my writing, editing and music, my peers are able to comprehend the emotion I tried to convey,” said Christensen.

The second-annual video challenge is a part of a joint nationwide education initiative titled Operation Prevention that educates students about the science behind addiction and its impact on the brain and body. Available at no cost, the initiative’s resources help promote lifesaving discussions in the home and classroom.

“Teens are agents of change, and their actions speak volumes to peers. Together, we can work toward raising awareness, and most importantly, prevention, among our youth population,” said Acting DEA Administrator Robert W. Patterson. “Congratulations to Porter for lending his voice to an important cause and producing a powerful portrayal of the pain opioid misuse causes.”

The winning video was chosen by a panel of educators and judges at Discovery Education, the DEA and DEA Educational Foundation. The other winners include:

The prizes awarded to the first, second, third place and People’s Choice Award winners are provided courtesy of the DEA Educational Foundation.

The videos of the winners can be viewed at operationprevention.com/video-challenge. Winning public service announcements will be featured across DE and DEA digital and social media platforms.

“Congratulations to all challenge winners for starting an important conversation with teens across the nation. We’re humbled by the students, families and educators who have joined this tremendous effort to promote drug-free living in our communities and schools,” said Lori McFarling, senior vice president and chief marketing officer, Discovery Education.

About the Drug Enforcement Administration

About the DEA Educational Foundation

Established in 2001, the DEA Educational Foundation is a 501(c)3 non-profit organization dedicated to preventing drug abuse. The foundation supports the DEA through advocacy, outreach, and educational programs.

As the global leader in standards-based digital content for K-12 classrooms worldwide, Discovery Education is transforming teaching and learning with award-winning digital textbooks, multimedia content, professional learning, and the largest professional learning community of its kind. Serving 4.5 million educators and over 50 million students, Discovery Education’s services are available in approximately half of U.S. classrooms, 50 percent of all primary schools in the UK, and more than 50 countries around the globe. Inspired by the global media company Discovery, Inc., Discovery Education partners with districts, states, and like-minded organizations to captivate students, empower teachers, and transform classrooms with customized solutions that increase academic achievement. Explore the future of education at DiscoveryEducation.com.